Home / News / Industry Information / Where is the key to managing food safety rumors?

Where is the key to managing food safety rumors? 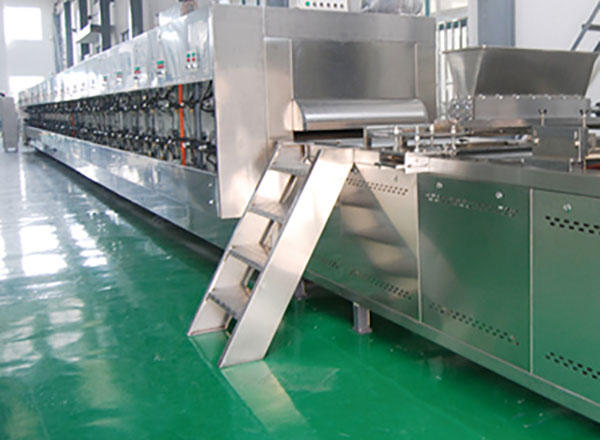 Where is the key to managing food safety rumors?

In recent years, food safety rumors have appeared, causing many problems for food safety work. Governing food safety rumors and regulating food safety information has become a consensus in the industry. According to the published cases, most of these rumors are not technically high, but they can still confuse many people and spread them in the crowd, causing no small negative social impact. What is the reason?

Social psychology research has found that rumors require two basic conditions: the importance of events and the ambiguity of information. The so-called "people take food for the sky, food for the first", based on the nature of food imports, for the public, the importance of food safety is self-evident. Under high attention, people will initiate a selection mechanism that seeks to avoid disadvantages. If the information about food safety is sufficient and clear enough to produce favorable results, people will certainly make positive actions; and if the information is insufficient and *disorganized, people cannot clarify the truth of the incident based on existing knowledge, then they are emotional. The first choice made is to avoid. The reason why this kind of irrational mentality is never lacking in the history of mankind is because it is the instinct of human choice, especially when it is believed that the cost of rumors is more than the unbelievable (possible) consequences. When it is much smaller, people tend to choose the former.

A special research report by the well-known research institute Nielsen Network on food safety knowledge, behavior and needs shows that the public's attention to food safety has reached 93.83%, but their understanding of food safety science information is only 47.73%. The contradiction between strong information needs and lack of scientific cognition provides conditions for the generation and dissemination of rumors. The people lack the ability to distinguish, and they cannot easily obtain relevant authoritative information. In this case, they will choose to "believe in their own." This is easily exploited by people with impure purposes. They capture the weaknesses that people tend to “believe” and can easily create a rumor by simply making some materials.

* Analysis believes that food safety rumors often have three characteristics in the process of communication: one is labeling. Proverbs generally carry labels such as "carcinogenic", "toxic" and "harmful", creating strong stimuli with alarmist words and attracting the attention of netizens. In the top ten cases of food safety rumors in 2018, "Starbucks coffee is carcinogenic", "garlic casserole is carcinogenic", "potassium ferrocyanide in salt is poisonous", it is a classic case; the second is visualization. The rumor is more inclined to use some graphical and visual means of expression to pursue the realistic effect of "having pictures and truth." The rumors in the top ten cases are mostly in the form of small videos; the third is socialization. The commonly used social media platforms such as WeChat and Weibo have become the main channels for the spread of rumors, especially the close-knit WeChat circle of friends, which has become a breeding ground for rumors. According to the data reported in the first article, 69% of food rumors in 2018 were transmitted through WeChat and 15% were transmitted via Weibo.

The folks have such a saying: rumors are often only 1 meter away from the truth. It means that the rumor is likely to be close to the truth. Within this short "1 meter" distance, it seems that there is always an invisible high wall that is insurmountable. This high wall is built because of poor information. We have seen that whenever rumors appear, official authoritative information often lags behind for a while. This lag time is giving the rumors a chance to spread quickly, so that they can quickly complete the work of blocking the truth from the high walls. Obviously, it is necessary to fundamentally control rumors and let people not believe in rumors. * The key is to dismantle the high walls that block information, so that scientific, accurate and authoritative information can be clearly disseminated.

Rumors stop at the wise. The work of “stopping” is actually to open the information channel and release authoritative information. So who can be the "wise man"? The first one is the relevant government department. This requires strengthening supervision, timely release of authoritative food safety information, and enhancing public confidence. In addition, * scholars need to stand on the front line of science, pass the correct knowledge in an easy-to-understand way, eliminate the scientific blind spot; need the media to take a professional and responsible attitude, objectively and fairly report the facts and truth of food safety, not arrogant , do not make rumors of the amplifier; need enterprises to strictly adhere to the food safety bottom line, integrity management, earnestly fulfill the responsibility of food safety, and take up the social responsibility of food safety science. Only by combining these aspects can we eradicate food safety rumors from the source.