Home / News / Industry Information / How to solve the three problems of the cup packaging machine is not tightly sealed?

How to solve the three problems of the cup packaging machine is not tightly sealed? 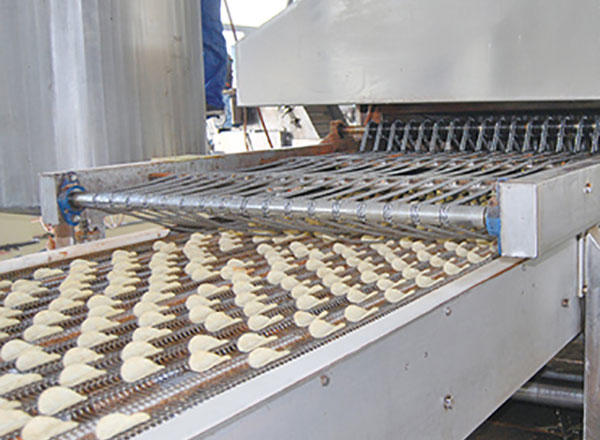 How to solve the three problems of the cup packaging machine is not tightly sealed?

At present, the food packaging style is more and more diversified and personalized, including bag type, pillow type, suction type and cup type. Among them, cup-packed foods have emerged as cup-packed foods have become more and more abundant, including cup-shaped jelly, cup-shaped instant noodles, cupped yogurt, rice wine, and milk tea. It is true that it is often found that the cup-packed food is not tightly sealed, the seal is broken, or the heat-sealing film is difficult to open. So, how to solve such problems?
First, cup foods have poor sealing properties, which affect the quality and safety of food. In order to better ensure the quality and safety of food, food additives such as preservatives will be added in the production process to extend the shelf life of food. However, the method of adding food additives is usually under vacuum conditions. If the packaged food package has poor sealing performance, it cannot block oxygen, and it is affected by external oxygen, and it is easy to breed bacteria and microorganisms, which affects the quality and safety of products.
In this regard, it is necessary to measure the sealing property of the cup food package, usually using a dry air method, a tracer gas method, or a water immersion method. Among them, the dry air method controls the pressure inside and outside the cup of the tested cup by using vacuum or air pressure. If the seal is not tight, the difference between internal and external pressure will be reduced. Sealability can be detected by detecting changes in air pressure. The test medium is dry air, non-toxic and harmless, and does not damage the cup food. In addition, users can also use cup materials with good oxygen barrier properties to improve air tightness.
Second, during the storage process, the cup food is sealed and damaged. In the production, the cup foods have passed the sealing test, but it is not excluded that in the process of storage, transportation, etc., due to external factors such as handling, bumping, stacking, etc., the sealing quality is damaged and the quality of the product is affected. In general, cup food seals are often damaged in the sealing film and the heat seal of the cup. This can be solved by adjusting the heat seal parameters (such as temperature, time, pressure, etc.) or changing materials.
The heat sealing temperature should not be too high, which will reduce the thickness and heat seal strength of the heat sealed portion of the cup food. The temperature should not be too low, otherwise the sealing film will not reach the ablation state and cannot be sealed tightly. At the same time, the sealing pressure of the cup and the cup food should be moderate, and the sealing pressure can be applied according to the properties, width, thickness and the like of the packaging material, such as the contact area of ​​the patterned film material with the cup packaging material. Relatively less, it is necessary to appropriately increase the heat sealing pressure.
In addition, during the filling process, the cup-type food should keep the outside of the cup and the film material clean and hygienic, prevent the material from being contaminated and affect the strength, pressure, temperature and other factors of the heat seal, thereby affecting the sealing quality of the cup food. In addition, the sealing film material should be flat and uniform. Because the film material is flat and the uniformity is poor, the heat seal strength and temperature can not be uniformly transmitted to the sealing area, and the heat sealing range is reduced, resulting in unsatisfactory heat sealing effect, and then affected by external factors, and the cup food sealing is broken.
Third, the heat sealing effect is difficult to open the cup food. Although different from other bag food packaging, cup-packed foods are ultimately used for consumption. However, in the case of cup-packed foods, it is sometimes difficult to open the sealing film, which also causes inconvenience to consumers.
Some manufacturers believe that this may be related to the packaging process, especially the sealing film heat sealing process. If the heat-sealing strength, temperature, and time of the sealing film are not accurately controlled, the sealing strength is large, making it difficult to open the cup-packed food.
For this reason, in the production and processing of cup-type foods, it is necessary to measure the opening force by the peeling test of the tensile machine, and use the upper and lower chucks of the tensile testing machine to separate at a constant rate, and record the tensile force value in real time, especially the cup. The momentary pull value of the food-like heat-sealing film and the cup.
Finally, the tensile force value is measured and analyzed, and when the external force is ensured, the sealing force is not broken, and the pulling force value suitable for manually opening the cup-type food heat sealing film is obtained.

PREV：Layout intelligent digital factory to add "power" to the development of the food industry(1)NEXT：Homogenization and other food processing equipment to help improve the ice cream production line
TAGS: