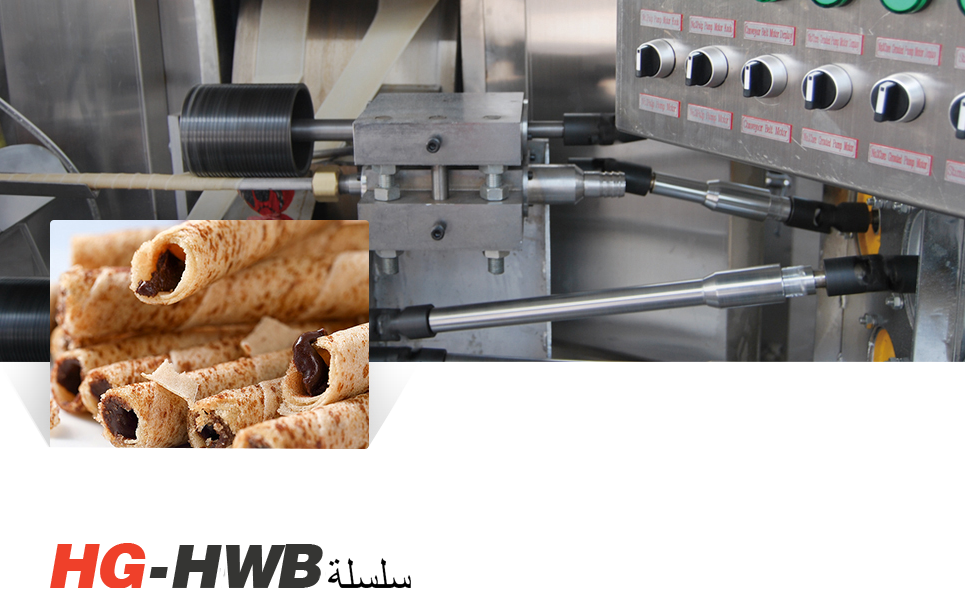 The wafer production line is fully automated by all electromechanical professionals from kneading, feeding, pressing to forming, transportation, waste recycling, baking, oil injection, cooling, packaging, etc. The thickness of the biscuits can be adjusted at will, and the mechanical equipment runs The speed can be fast or slow, stepless variable speed, and a series of advanced equipment such as automatic temperature control, automatic power-off alarm for leakage and so on. Specifications and models of toughness, crispness, peach crisp, cookie, soda biscuit, sandwich biscuit machine, can be equipped with supporting facilities to form a variety of biscuit production lines. The function of the tough biscuit machine is to put the mixed dough into the machine and roll it into a biscuit of various shapes and net weights. The function of the crisp biscuit machine is to put the mixed dough into the machine and form it once by a roller. After baking, spraying, and cooling to produce golden and delicious and crisp biscuit, and the biscuit texture can be changed at will according to the customer's preference .

The beater is used to stir the dough of the wafers. The dough that is stirred in the mixing tank is transported by the slurry pump to the transfer storage barrel for later use. The dough will be pressurized by the dough delivery pump when the oven needs it. Piped to the oven

The oven is very important in the wafer production line. The wafer baking system uses gas to heat the baking plate, and the batter is automatically controlled to cover the baking plate until the baked wafer is out of the oven. Evenly bake and produce wafers of up to standard quality for further processing. A manual temperature control cabinet is provided to control the oven temperature.

The wafer splicing machine takes the baked wafers and cleans the residual powder on the wafers, and sends them to the cooling channel, gently conveying the hot wafers so that they will not be damaged. All food contact parts are made of SUS304 Stainless steel and food grade PU belt manufacturing.

The cream coating machine is an important machine that determines the distribution of the number of wafers and cream layers. It has the following functions: spread the cream layer on the cooled wafer, evenly spread the cream and spread the layers of cream on each layer of cake, and then Slightly pressurize the cake and cream to combine with each other. The number of cream layers and wafer slices can be adjusted to 3, 4, 5, etc. as needed. The machine automatically calculates the number of layers adjusted. The filling roller is equipped with an automatic temperature continuous control device. The thickness of each cream layer can also be adjusted.

PREV：Pay attention to the intake of trans fatty acids in cake biscuitsNEXT：Biscuit production will develop in the direction of staple snack snack food
TAGS: